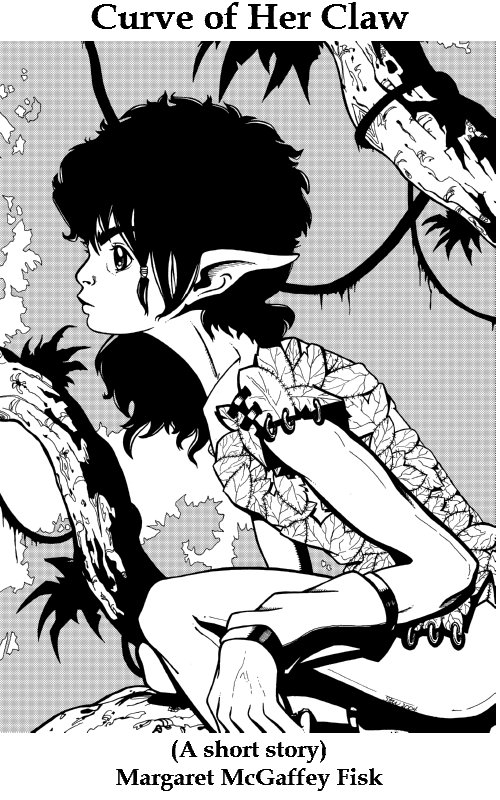 Curve of Her Claw

Fall into a world where beauty is a facade, and one elf is pushed beyond reason to rid herself of the smooth-skinned curse.

Curve of Her Claw tells the tale of a young elf trying to earn a place in the tribal memory. The elves in this dark fantasy, however, have little in common with the tall, beautiful faerie kind who often condemn humanity for brutal natures. These elves make up for their lack of the traditional virtues with a desire to improve themselves, to make their tribes stronger and wiser. A pretty goal, you might think, until you learn just how this can be accomplished.

The eBook reprint includes an added bonus of a Story Behind the Story section telling how this tale came to be.

Reader Reviews of the original release in Cloaked in Shadow: Dark Tales of Elves from Fantasist Enterprises:

By Jennifer Sprunk “Bad Fairy” on Amazon: ...My favorites (besides the obvious!) are: "Curve of Her Claw", by Margaret McGaffey Fisk...

By Professor J on Amazon: ...Margaret McGaffey Fisk's "Curve of her Claw" was an interesting reworking of the idea of small mischievous elves who play tricks in the night...


ACOA offers a variety of works in fiction and in writing-related nonfiction, and everything at a reasonable price.